The Next Pandemic May Sneak in Through Melting Glaciers

The world should prepare for a possible pandemic caused by the gradual melting of glaciers, according to a study recently published by the University of Ottawa (Canada). Experts have warned of the presence of viruses and bacteria sleeping in the ice sheets, which are at risk of waking up once their temperature is reduced by the effects of global warming.

In a new study, published in the journal Proceedings of the Royal Society, scientists from the University of Ottawa analyzed the seriousness of this risk by examining samples from Lake Hazen in Canada, the largest freshwater lake north of the Arctic Circle.

There, they analyzed the DNA and RNA around the lake’s sediments to understand what species live there. This data was then plugged into an algorithm that resolved the possibility of viral contagion, whereby a new virus infects a new host for the first time.

The findings showed that the risk of viral spread was greatest in areas closest to melting glaciers. Considering that many of the world’s glaciers are melting due to rising temperatures, it’s safe to say that the climate crisis is also increasing the risk of new viruses spreading.

Along with this, climate change will also force animals to move their range further north, to the Arctic, where temperatures are cooler. This is another factor that is likely to increase the chances of potential viral spread occurring.

“Using a comparative analysis, we show that the risk of viral spread increases with runoff from melting glaciers, an indicator of the effect of climate change,” said Stéphane Aris-Brosou, associate professor in the Department of Biology at the University of Ottawa in a statement.

A lot of this remains hypothetical for now, but it’s a topic that has already been flirted with. In 2016, dozens of people fell ill with anthrax on Russia’s Yamal Peninsula.

The depths of Siberia were notorious for their recurrent outbreaks of anthrax in the early 20th century, but these had largely become a thing of the past thanks to deer vaccinations and a better understanding of the disease. However, this latest outbreak was blamed on a heat wave that melted permafrost in the area and exposed an infected reindeer carcass in the Siberian tundra.

Fortunately, the world was already well-versed in the battles against anthrax and the outbreak was contained. However, the concern is that the melting of Arctic glaciers could one day release a new pathogen that the human immune system and medical inventions are not equipped to deal with.

An example of this is the anthrax outbreak in northern Siberia that claimed the life of a child and infected at least 7 other people. It happened in 2016 but was blamed on a heat wave that melted permafrost.

It is not the first time that viral elements never before known to society have been found. Last year, the University of Ohio (United States) announced the discovery of genetic material from 33 viruses in ice samples taken from the Tibetan Plateau in China. A total of 28 of them were unknown and estimated to be approximately 15,000 years old.

“As temperatures rise, the risk of contagion increases”

Of course, says one of the spokesmen for the study, Stéphane Aris-Brosou, “as long as viruses are not present in the environment, the probability of dramatic events occurring will probably remain low.”

What Aris-Brosou does make clear by way of warning is that “as temperatures rise, the risk of contagion increases” and the risk of pandemics born of melting ice and “sleeping viruses” is feasible although impossible to predict.

The research, published in the Proceedings of the Royal Society B, suggested that the risk of viruses spreading to new hosts was greatest in places close to where large amounts of glacial meltwater were flowing, a situation that becomes more likely as the weather warms up.

The team did not quantify how many of the viruses they identified were previously unknown, something they plan to do in the coming months, nor did they assess whether these viruses were capable of triggering infection.

They then estimated the risk of a possible spill by measuring the congruence between the phylogenetic trees (the relationship) of the viral and eukaryotic host and found that the risk of spill increases with the melting of glaciers, which is an indicator of change.

“There are a couple of things that are very clear now. First, the Arctic is warming rapidly and the main risks to humanity come from its influence on our climate. Second, diseases from elsewhere are reaching vulnerable communities and ecosystems,” said Arwyn Edwards, Director of the Interdisciplinary Center for Environmental Microbiology at Aberystwyth University. 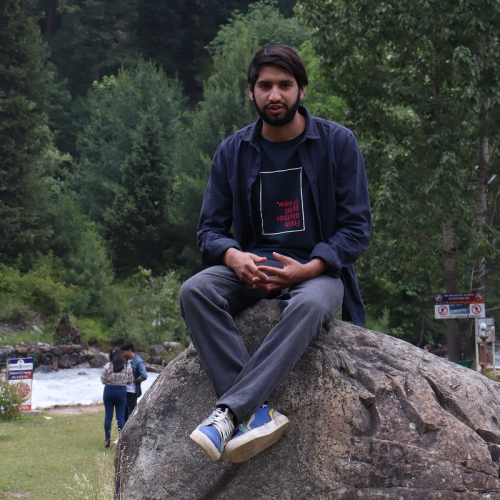 Wahid Bhat
The Author is a Journalist based in Jammu and Kashmir. He writes on environment-related issues, Climate Change in South Asia.