Castles in the Air: 51 Members of the Tribal Community in Rajasthan approved of House under the PM AWAS, but don’t have the land for the purpose

The beneficiaries protested at the collectorate, Putting forward their demand by playing the Pungi/Been.

Barmer— What is the socio-economic condition of the Tribal Community of Kalbelia, known for the world-famous Kalbelia dance. Their condition was instantiated by an incident in the Barmer district of Rajasthan. Here 51 families of Kaalbeliya tribe are not able to build their houses despite getting approved of PM Awas owing to lack of land. They placed their demand before the District Collector by playing the pungi flute. The case is of Bamsin Gram Panchayat of Samdari Panchayat Samiti from the Barmer District. The member of the community demanded allocation of the land by handing over the memorandum to the collector.

It is to be mentioned that in the District of Barmer, a large population of Kalbelia lives. This tribe has been deprived of basic facilities. They eke out a living by playing pungi flute in houses. In the Baamsin Gram Panchayat of Samdari Panchayat Samiti of the district, about 150 families have lived for the last 40 years on the pasture land. 51 families of this tribe have been allotted PM AWAS, but they are unable to build the houses as they are landless.

The Community has put forward the demand by submitting a memorandum to Samdari Development Officer and the Tahsildar. On Monday the members of the Kalbelia community met the District Collector, Lok Bandhu in the leadership of the Chohtan Pradhan Ruparam. Meanwhile, the members of the Kalbelia tribe also demonstrated their skill by playing the Pungi/Been in front of the Collector. The Collector has assured the people of the Kalbelia tribe that the allocation of the land will be made after consulting the SDM( Sub-Divisional Magistrate) and Tahsildar.

Shumarnath of the Kalbelia Tribe says that “ Due to no allocation of the land 51 families are not able to avail the benefits of PM Awas Yojana. By playing Been in front of the collector, we conveyed to him the message that in the name of wealth and property, we only have this Been. And we have been subsisting for centuries because of this only and if you allot us the land then we get a brick-and-mortar roof to survive in summer, winter and rain”.

Kalbelias are one of the Tribal groups of Rajasthan. They are also known as Sapera, Sapera Jogi or Jaagi. The largest population of this tribe lives in the Pali district of Rajasthan followed by Ajmer, Chittorgarh, Udaipur and Barmer. They are a nomad group. In ancient times they used to live a peripatetic life. Their traditional occupation is to earn a livelihood by Snake-Charming. The women also help by dancing; therefore the folk dance and the costumes worn by the dancers reflect serpentine artistry. The Kalbeliafolk dance is also quite popular. 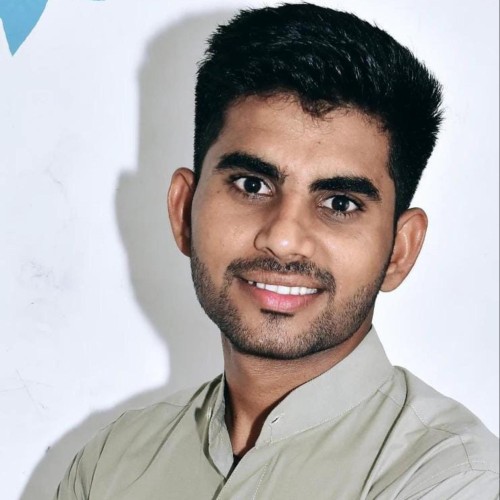 Azrudin
Azaruddin is a freelance journalist. Azaruddin has worked in Jantantra TV, Jan TV Rajasthan, Prime News TV, Magazine Print Media. He has completed 3 years in the field of journalism. Azaruddin did his early studies from Siwana town of Barmer district. He has always worked to raise the voice of the rights of Dalits, Muslims, Backwards.